Our History teacher, Lenny, divided us into groups. In the groups we studied the different short term causes of War World Two. I worked on Nazi Rearmament next to Milagros Montanelli, Flor Claps, Martina Ibarbia and Gonzalo Criniti.

Our history teacher, Lenny, divided us into groups to do research and present a topic as regards Nazi Germany. I was assigned the economic aspect. Me and my group decided to make a glogster to show the class as a visual aid to accompany our exposure of the topic. Unfortunately, when we presented, there was a problem in which some information wasn’t saved to the glogster, but now it has been added.

After the presentations, Martin Leguizamon: a teacher at ORT and also the parent of one of my classmates, made a presentation in which he showed his trip through the «Marcha por la vida». He also taught us the difference between  holocaust and shoah; and what was the final solution.

Then we visited the museum of the Holocaust. We saw; an interview made to some survivors; different people who took care of others during war, and what Martin told us was repeated. 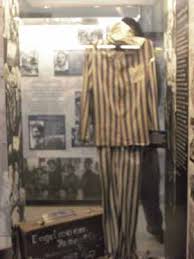 Our history teacher, Lenny, gave us an assignment.

We were given this video, to later answer the questions beneath it.

These are my answers:
1. The Italian Empire was insignificant in comparison with the British and French Empire. They had Libya, but oil hadn’t been discovered by then. They also controlled Eritrea and Somalia.
2. He said that Italy should control Ethiopia. His argument was that England had done exactly the same thing, they conquered half the world. He thought that Italy had the same rights as Britain, to control of that land around the world.
3. In the 1930s, Abyssinia or Ethiopia was poor, undeveloped and it practiced slavery. In the present, Abyssinia is a independent country, known as the Republic of Ethiopia.
4. Mussolini wasn’t only in search of raw material, which he needed, but also he needed mines and land, because Italian population was growing. They needed to find a place in which Italians could live.
5. On the on hand France said that she approved Italy’s invasion to Abyssinia. The English on the other hand, opposed, she would do something about it if Italy invaded Ethiopia, but certainly not go to war.
6. She says that when she asked ordinary people about what they thought on Italy invading, they said that they didn’t even know were Abyssinia was. When she asked the prime minister, he said that they would certainly not go to war, but they would do something about it.
7. Soldiers parents and grandparents, unified Italy, so they thought that their duty was to make it great.
8. Some years before the invasion, Italy had declared that chemical warfare was uncivilised. The use of gas bombs in Ethiopia was hidden from the public until after the war.
9.

Our history teacher, Lenny, gave us an assignment, which can be found here.

Question 1.  How does the video open? What might the connection between the League and the opening scenes in Poland be?

The video opens saying that the League of Nations failed to create stability and it failed to create peace in the 1930s. The opening scene shows a castle in Poland being attacked. Perhaps the League wasn’t able to solve problems which then in 1939 led to war.

Question 2.  What problems did Japan face? (Mention ALL of them)

The population in Japan was booming, isolated country, it needed to build up traces to receive nessesary resources that they didn’t have, unemployment was high and agriculture fate was brought in  a big scale.

Question 3. What was the role of the army in Japan?

The army was more powerful than politicians. They also  controlled education and martial art techniques which was compulsory since a very early age.

Army leaders believed that territorial gain in east Asia would benefit them. They already controlled Korea and after the war in 1905 with Russia let them keep their troops in Manchuria.

Question 5. What was the value of Manchuria?

Machuria was mostly barren, but it had vast resources which were needed by Japanese for their economy.

Question 6.  What happened at Mudken?

Extremists were concerned that leaders in Tokyo, weren’t going to take Manchuria. So they infiltrated gasses in Manchuria and persuaded them to take on Manchuria’s army. This was sabotaged and their was an explosion.

Question 7.  What did the League do about it?

The League told Japan that they should withdraw from Machuria if the didnn’t want to receive economic sanctions, since they had already been morally condemned.

Question 8. What was Japan’s reaction to the decision of the League?

Japan didn’t care about what the League said and she wasn’t worried about her economy since she didn’t think the League would proceed with the sanctions.

Our teacher Lenny, assigned us a topic to develop.

This is her post introducing the topic and the groups.

My topic was the structure of The league of Nations. In this thinglink we explain the different sections of the League and it’s purpose.

I did it with Benjamin Mayol, Gonzalo Criniti and Santiago Blasco. 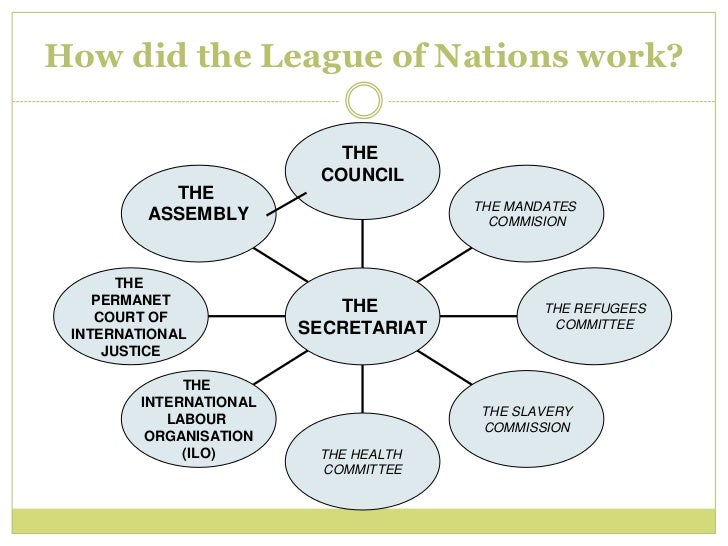 It’ s topic is disarmament. 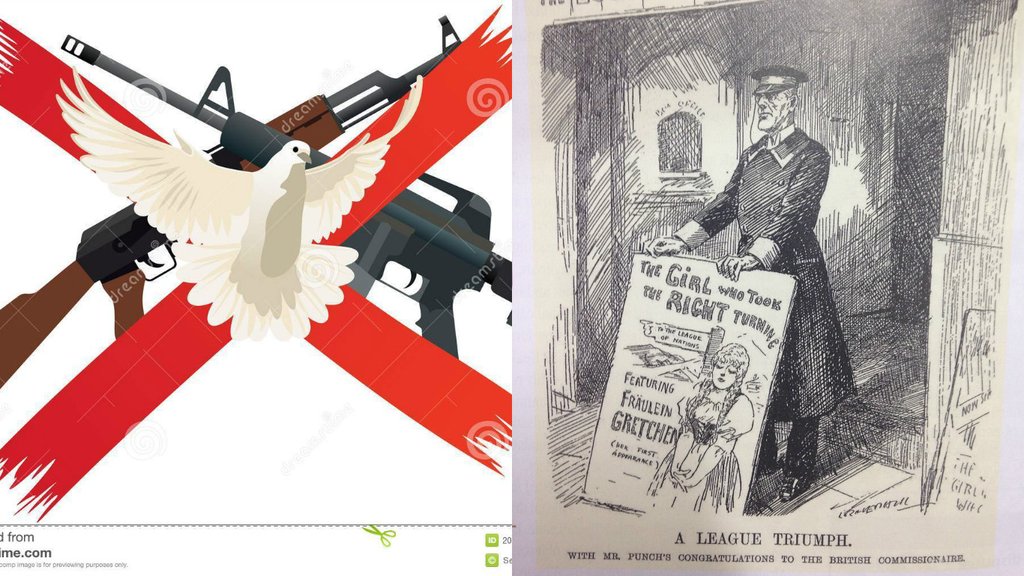 This thinglink was prepared by Martin Anania, Francisco Lusso and Ignacio Maestro Malek.

It’s topic is two successes of the League which were Upper Silesia and Aaland Island.

This thinglink was prepeared by Ines Galmarini, Flor Claps and Martina Ibarbia. It’s topic is the aims of the League and how memberships were managed by her. 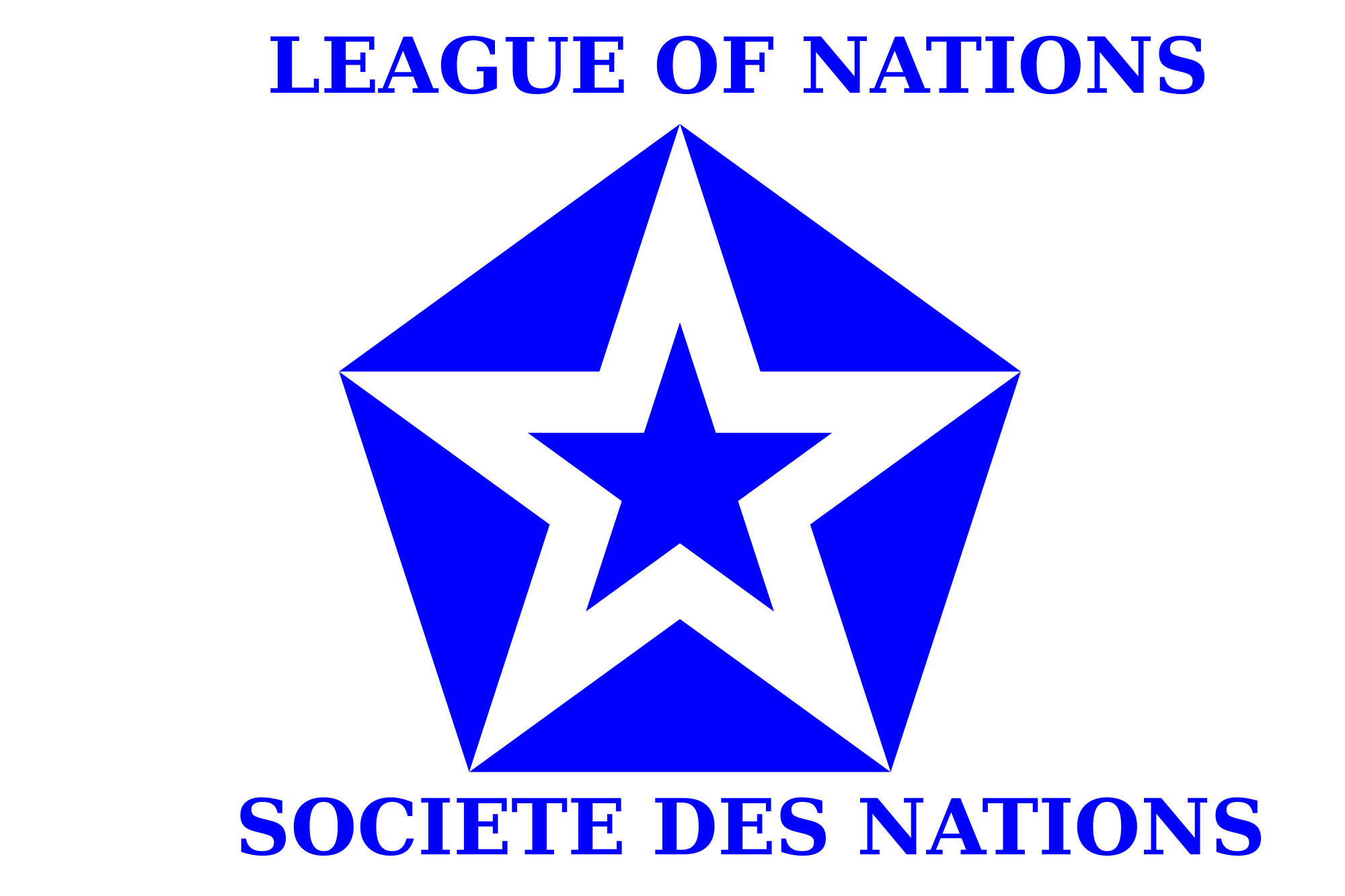 This presentation was prepared by: Victoria Landolfo, Margarita Muller and Rosario Vago.

In this presentation a failure, Corfu, and a success, Bulgaria, are explained. 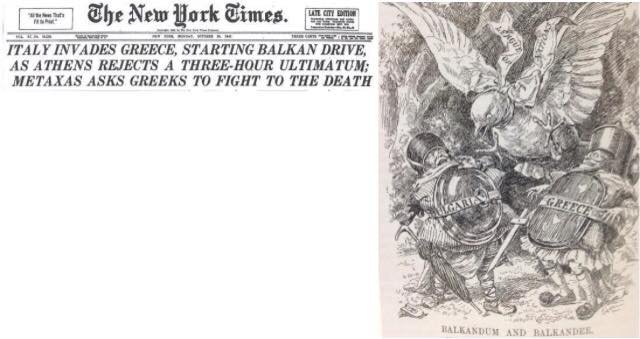 This presentation was prepared by Juana Perez Muniz, Jeronimo Leguizamon, Federica Marty and Maria Roggero. It includes the five achievements the League had in her history. 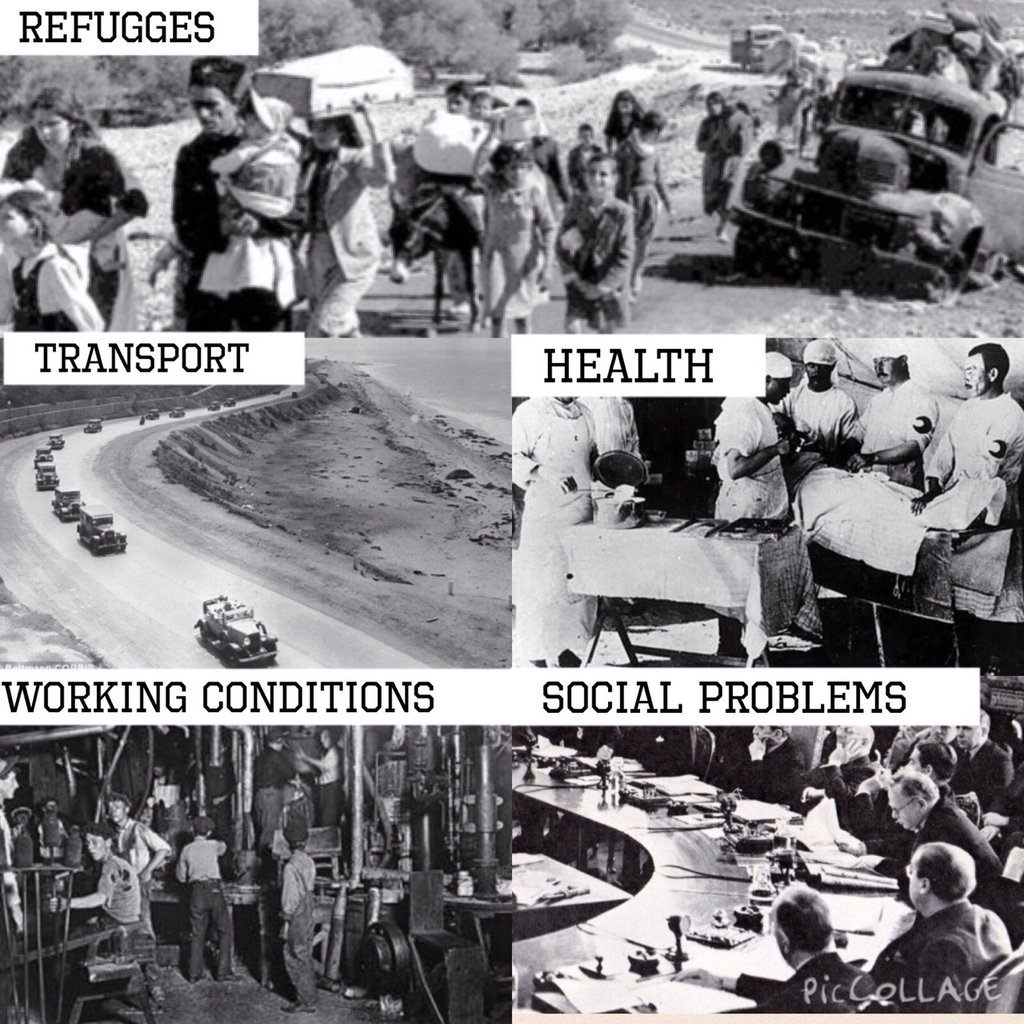 Vilna and the Geneva Protocol.

This presentation was made by Lucas Campion, Silvestre Braun Urien and Lola Villegas Argento.

It includes two failures which were the conflict in Vilna and the Geneva Protocol. 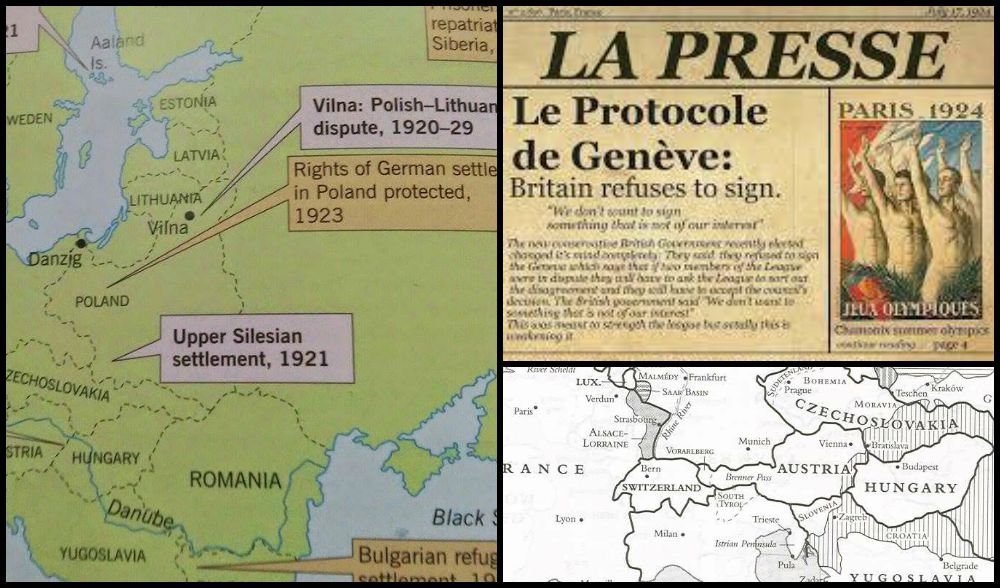 Our history teacher, Lenny, gave us an activity.

1) War guilt.Explain the arguments FOR and AGAINST this term.

2) Which term followed War Guilt? How much would it be today? What consequences/impact did it have on Germany?

3) Why were the victors planning to prevent a future war with Germany in the Treaty?

4) What territorial losses did Germany have to face? What happened to the German colonies? What did Wilson dislike about this?

5) Which new nations were created after WW1?

For war because: It didn’t take long for Germany to declare war on Russia and then on France. Then she invaded Belgium in just a matter of days.

Against because: There was the assassination of Franz Ferdinand. The terms that Austria-Hungary put on Serbia. The Russians decide to enter war, which gave Germany a pretext to enter war.

3) The allies didn’t want  future war with Germany because if she had won her points for to declare war would be harder. 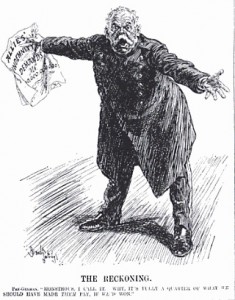 4) From Germany territory was taken, as from colonies to land in the proper country. Poland wss carved out of Germany and Alsace Lorraine was given back to France. As for the colonies, they were distribute between de European Empires. President Wilson didn’t like it because in his 14 points for peace, he said that there should be democracy in Europe and countries should have self determination.

I did it with Lola and Margarita.
This was our procedure:

I think the proyect was a better way to study the Conference because a had fun with my friends, so I learnt the topic easily and could understand it properly. I would like for the children of next year to read everything together and then get into groups and to be able to pick their groups.

This is a slideshare that we did in class with our history teacher Lenny, were we analysed in deep the causes of the First World War.

In class our history teacher Lenny, assigned us work: some of us had to prepare timelines of the years of WW1 and others had misconceptions.

This is a summary of the war.

The timeline of 1914 was made by Federika an Silvestre.

They also found a video.

The timeline of 1915 was made by Juana and Benjamin.

The timeline of 1916 was made by Gonzalo, Lucas and Martina. The also found this video.

The timeline of 1917 was made by Victoria, Rosario and me.

We found this video.

The timeline of 1918 was made by Lola and Ignacio.

The great misconceptions of ww1 from Chivy Correa
Misconceptions from SantiBlasco
Today in our history class our teacher gave us instructions.
1.
This lino is about the short term causes and long term causes of World War 1. It also talks about the lose of Alsace – Lorraine. It explains the main agreements (alliances) between the Empires.
2.

This video explains how the assassination of Franz Ferdinand was the “last straw”, was the cause that started a chain reaction so that the alliances were useful. It talks about the dates that wars were declared and the July crisis. 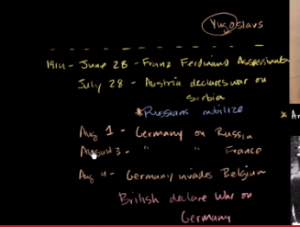 This is my final essay: